In 2017 I acquired a banana box full of smaller boxes filled with photographs. Photographs of various
singers, actors, musicians, stars from all over the world. They were autograph cards intended for
collectors. However they were not part of an end collector’s collection but an estate of a deceased dealer
of these pictures. Each smaller box is filled with random number of prints/copies of one particular
photograph.
To me, this collection/non-collection is incomplete, abandoned somewhere in between. I feel tempted to unfold the story of this box and these photographs further. Give them a new meaning; finish their story although it might not be the originally intended one.
In my work I often work with originals and in this case I see the whole box as an original. One piece,
which is however comprised of smaller boxes and single photographs. Funny enough all photos in this big
original box are copies.
I have worked with slide film frames and old or badly made photographs in my previous works. In this
time and age many photographs are made in a day and it is difficult to pin down the original, it is digital,
not tangible. That brings me to a conclusion that working with already made pictures has sense. Giving
the images a second chance, recycling, using them again. Recycling is a trend that is championed on
many levels of life, be it garbage disposal or construction.
The collection consists of roughly 500 to 700 pieces of black and white photographs.
There are approximately 170 different photographs of actors, actresses, singers, musicians and bands.
Size is 10x15cm, enlargement of the era. 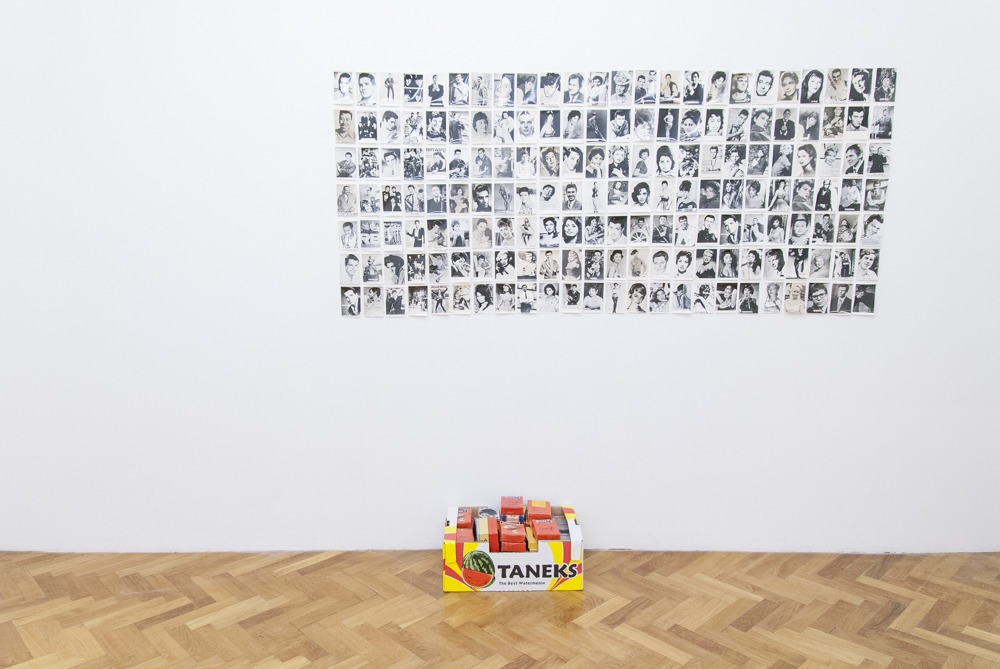 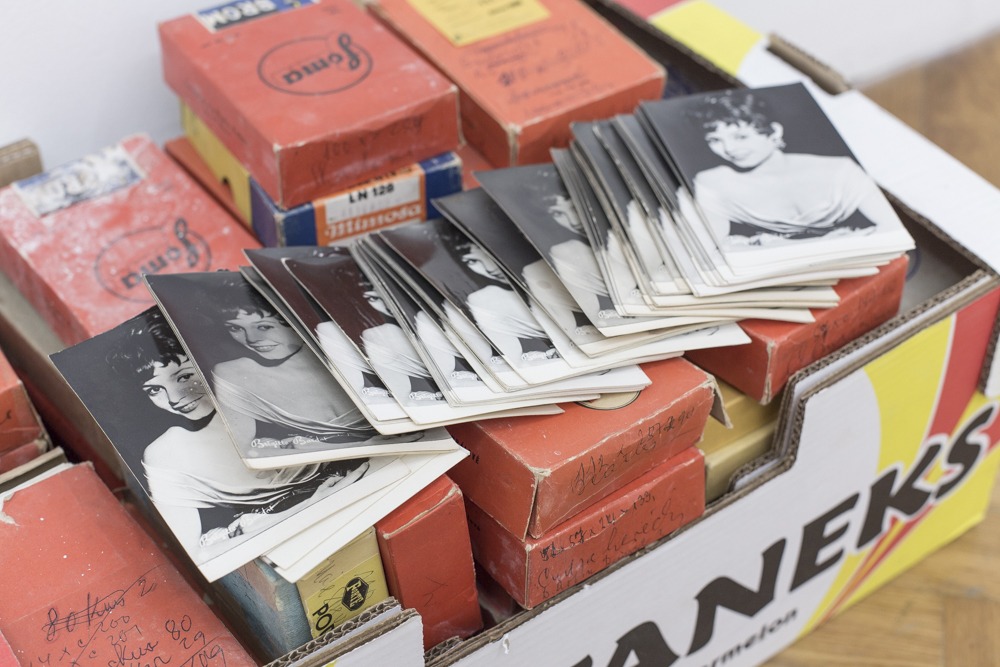 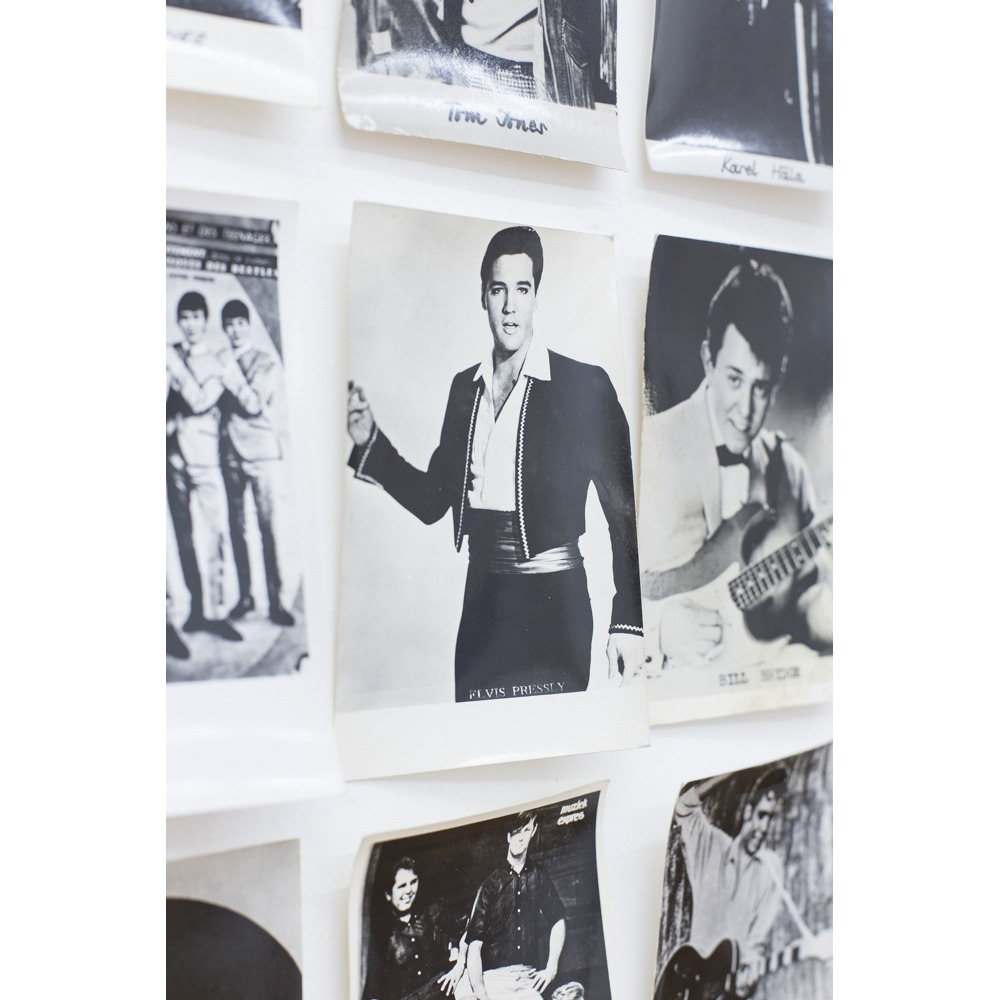 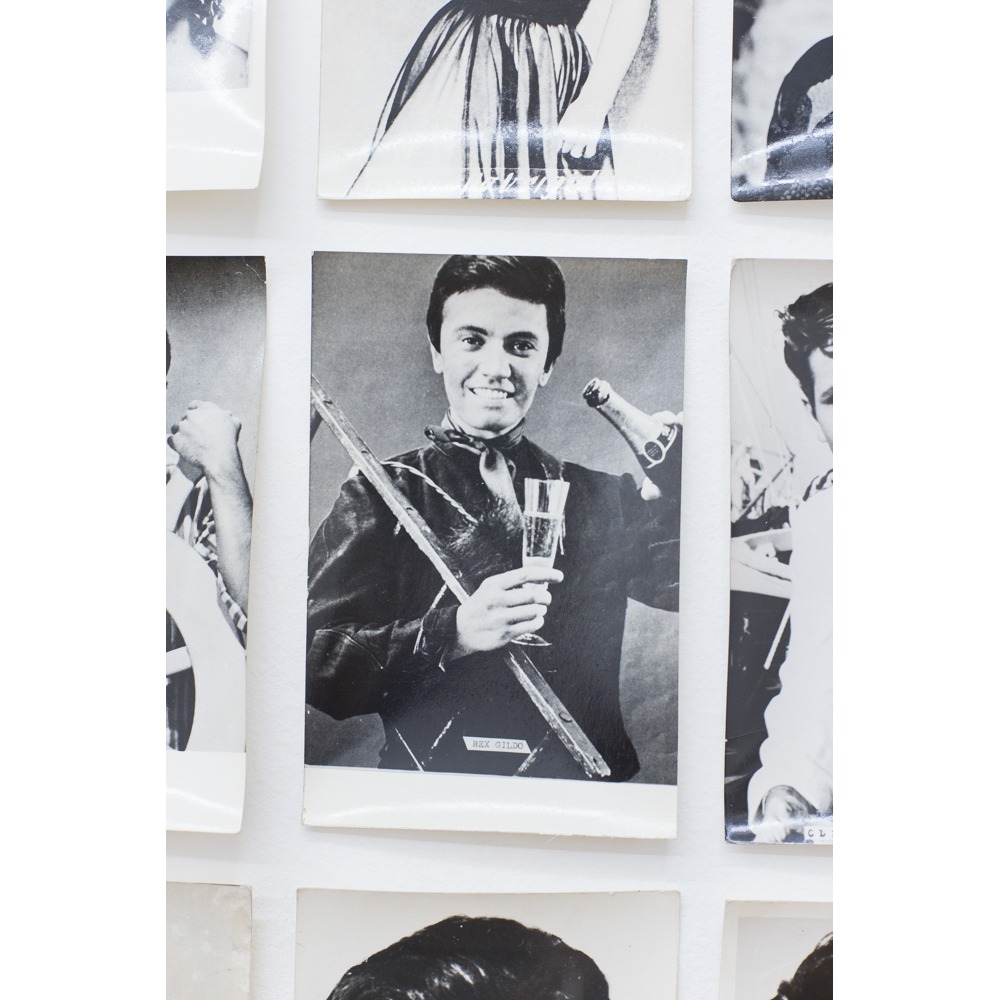 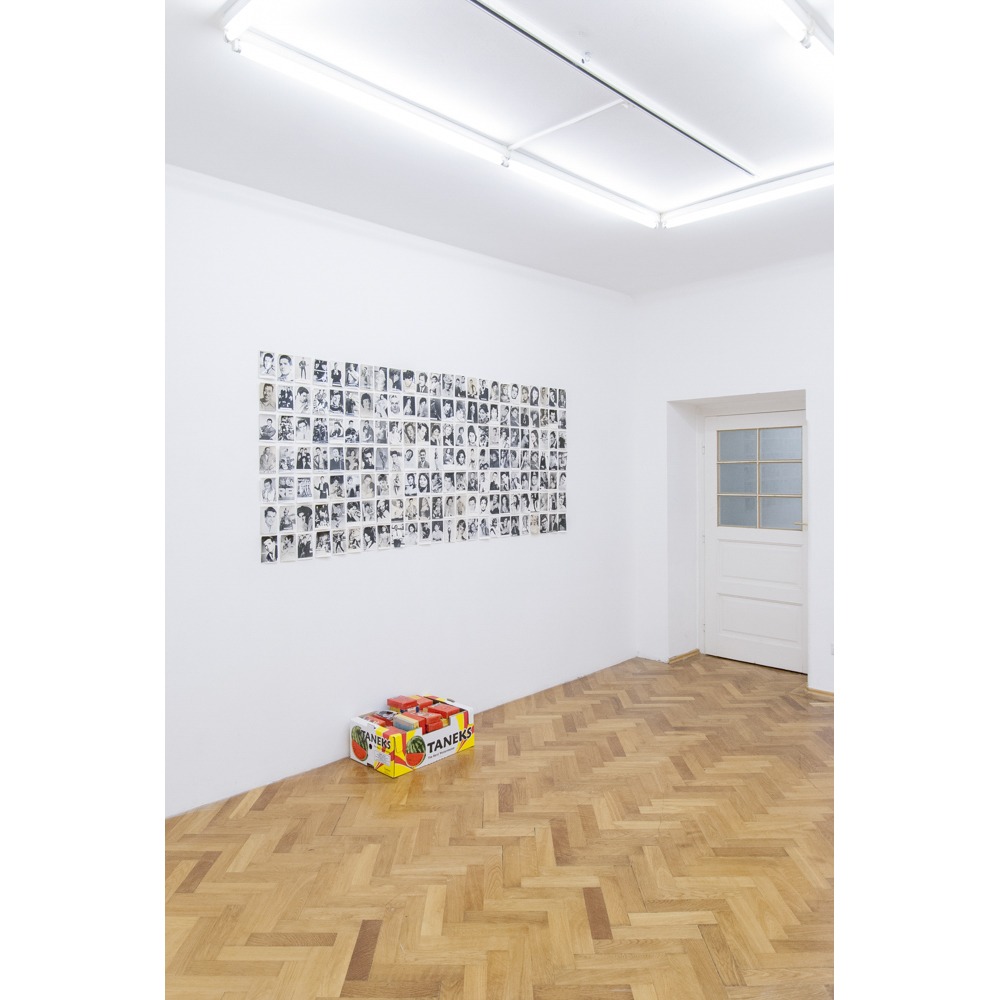